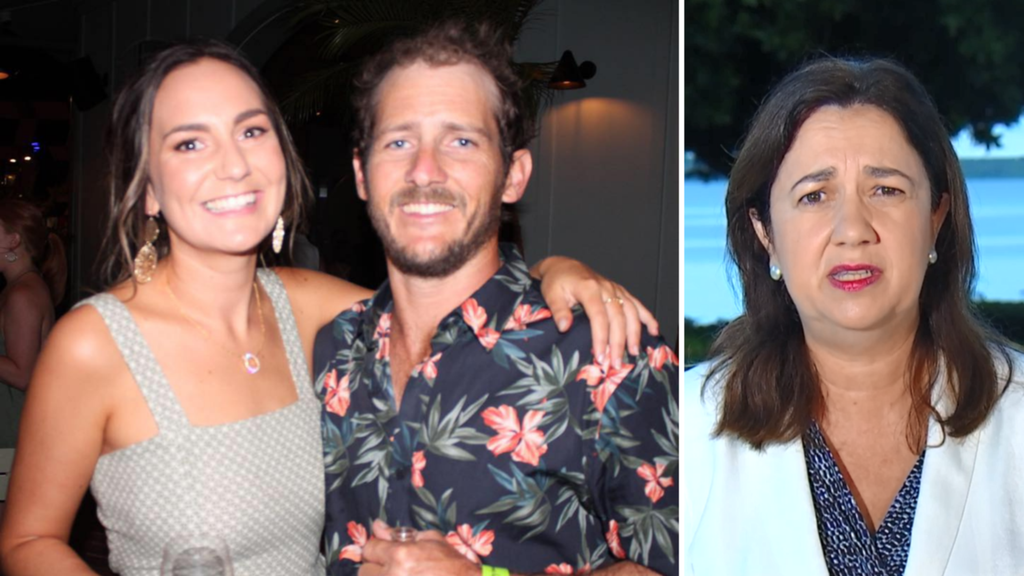 Queensland Premier Annastacia Palaszczuk has demanded answers after it was revealed the 17-year-old who allegedly killed a pregnant Brisbane woman and her partner was out on bail.

Kate Leadbetter, 31, and Matty Field, 37, were walking their dogs in Alexandra Hills on Tuesday when an allegedly stolen Land Cruiser ran a red light and rolled into them.

Watch the Premier’s full interview with Kochie and Sam above

The 17-year-old driver has since been charged with the couple’s murder and a raft of driving offences.

Appearing on Sunrise, Palaszczuk said: “I want to know why the courts allowed this young man out on bail.”

Queensland to reopen border to all of NSW on Monday