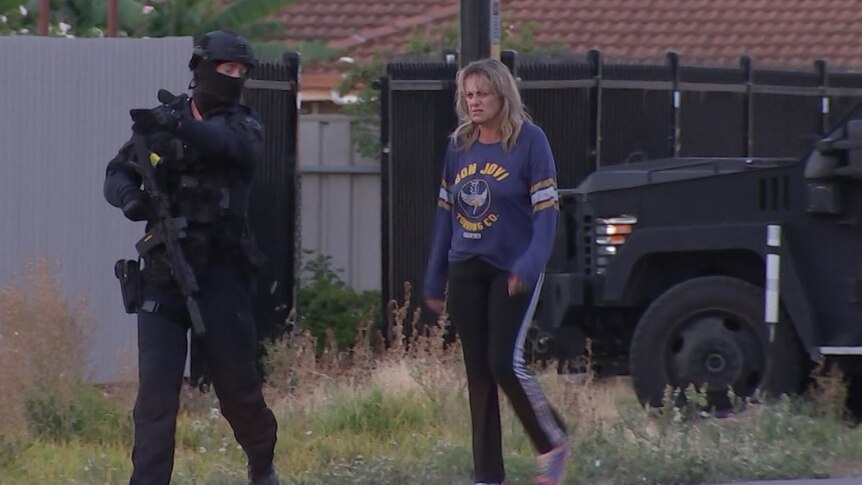 A 50-year-old woman has faced court charged with aiding and abetting the murder of Simon Middleton at Virginia, in Adelaide’s north last month.

Amanda Jane Draganoff was arrested at a Virginia address on Friday and faced the Elizabeth Magistrates Court this morning.

Police have previously said they believe Mr Middleton, 49, was targeted in an execution-style murder in the early hours of March 8.

Prosecutors said they would oppose her release on any form of…